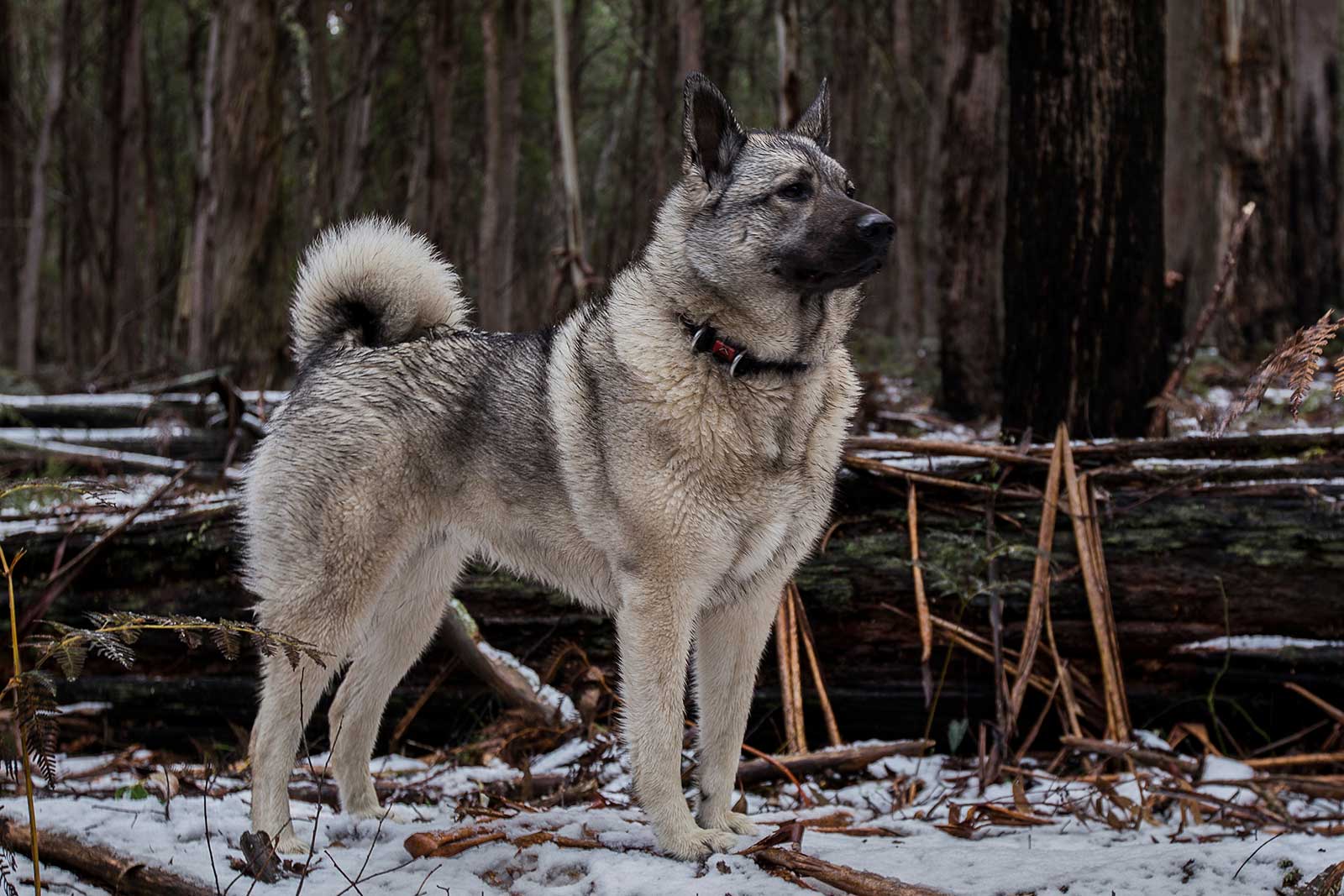 As pet transporters we get to meet a large number of different dog breeds. One recent job was to deliver a Norwegian Elkhound puppy from the breeder to its new home on the Isle of Jura. The puppy travelled really well and I was struck by what a confident, independent breed it seemed to be. I’ve since done some research on the breed and thought I would share that in this article.

The Norwegian Elkhound is considered to be a very old breed. Dog skeletons similar to the Elkhound have been discovered which date back to the Stone Age. More recently the Elkhound was used by The Vikings, so you can see that this is one of Europe’s oldest dog breeds. The Norwegian Elkhound is strong and athletic and has the characteristic Spitz like curly tail. Traditionally they were bred to help hunt big game like Moose. The name Elkhound is somewhat confusing! The Norsk Elghund means moose dog which might explain the English term Elkhound. Also the German word Elch means Moose. When hunting Moose they would surround it and bark to alert the hunter. Barking is something this breed still does so bear this in mind before picking this breed.

They are very loyal to their owners and make great family dogs. They understand basic commands but aren’t the easiest to train. They are quite independent and aren’t as keen to please their owners as some breeds. They are motivated by food and treats though but be careful not to overfeed this breed.

Norwegian Elkhounds typically have a lifespan between 12-15 years. Adults will usually reach a height of just over 50cm and weigh up to 23kgs. A broad chested, muscular dog it needs regular daily exercise to remain healthy. This is a breed that sheds and their thick, dense coats will need regular grooming.

Generally they are considered a healthy breed, especially if you use a responsible breeder. Some health conditions to be aware of include:

Besides these breed specific conditions there are general things you can do to assist the general health of your dog including teeth brushing to prevent dental and gum disease.

If having done your research you are looking to share your home with a Norwegian Elkhound, here are the details of a couple of breeders. Also check your local rescue shelter to see if you can give an older Elkhound a home (though they are not commonly found in shelters).

Mrs Treena Maun in Bardney, Lincolnshire.
Rather than give the mobile number I have for Treena I will instead share the landline and email address which is publicly available on the Norwegian Elkhound Club of Great Britain website. Telephone 01526 398365 and email treenamaun@btinternet.com. The puppy we collected destined for the Isle of Jura was from this breeder. It’s my understanding the customer has used this breeder previously as well which is always a good sign. The photo below is of the puppy we transported.

Laakso Norwegian Elkhounds
Tanja Mortimer from Powys in Wales. Tanja has her own website where you can find more information, the link is below:

For more breeders in the UK please visit the following club website page:

If you are familiar with the Norwegian Elkhound and have anything to add that you feel might be useful to readers, please leave a comment below. 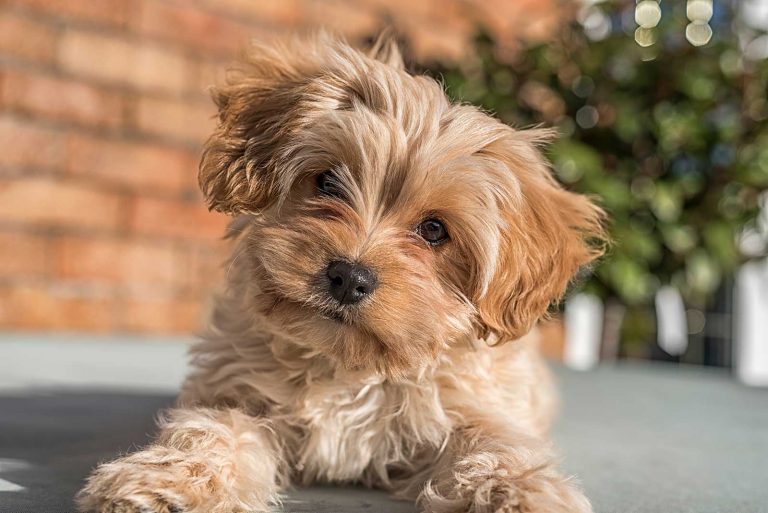 Cavapoochons are becoming a more popular breed here in the UK. In the last 12 months we seem to have transported as many Cavapoochon puppies as we have Labradors or Retrievers, both breeds which seem to be eternally popular. In this complete guide we look at the Cavapoochon breed in detail, giving potential owners information…