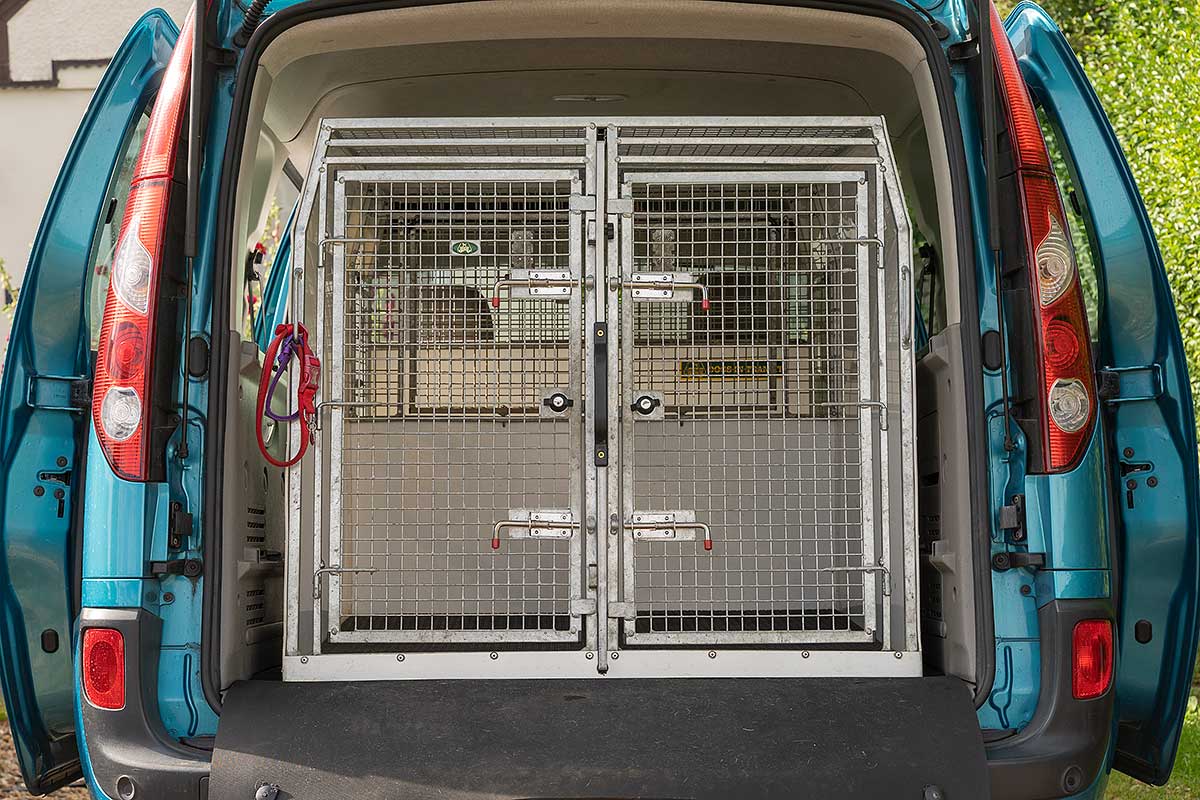 Lintran Dog Boxes are a popular choice with various dog professionals. They seem well made and long lasting. The company supports their products well.

My first Lintran Dog Box was purchased in early 2017 when I started Northampton Dog Walker. In the last few years a number of people approached me asking my thoughts on their products. A few went on to buy their own Lintran dog box, some new and some second hand. If you are in the market for a dog crate that is removable rather than permanently installed then Lintran and TransK9 should be two on your shortlist.

Lintran cages have all or most of the features any dog professional is likely to want or need. They all have locking mechanisms which operate in much the same way as the locks on a TransK9 cage. Spare keys can be ordered from Lintran should you need to. As previously mentioned my cage was custom made to make the most of the available space in my vehicle. Lintran also have a selection of what they refer to as Universal Dog Transit Boxes. These are models that have been designed to fit certain popular vehicles. Some examples of their Universal boxes include:

When ordering a cage from Lintran they often give you certain options which will dictate the price you pay for the cage. That’s certainly the case for custom made cages but I don’t know if the same applies to common ‘stock’ cages they make for popular vehicles. The two main options I was offered and went for were:

Other features of Lintran cages include the escape hatches. Thankfully I’ve never had to use this feature but it’s comforting to know the manufacturer thinks of these things. On my cage the size of the escape hatch is smaller than I would like.

Another point worth mentioning under features is the material Lintran use to make their cages. Instead of a completely metal finish, much of a Lintran cage is made from what appears to be a white fibreglass material. The company believe this to be a selling feature claiming that it keeps the cages cooler in the summer and warmer in the winter. I can certainly see how this could be the case compared to a metal finish but I’m not sure how relevant that is in our British climate.

I certainly think a Lintran cage will last as long as most of us need or expect. I’m still pleased with mine which has seen daily use for over 3 years, until recently doing 4 or 5 dog walks a day.

With regular use some play will develop in the cage door which could lead to a slight rattle. Pads are used to stop any metal on metal contact and I’ve found fitting an additional pad or a thicker pad will usually reduce any rattles.

Despite opting for the anodised finish there is some surface rusting in areas. It’s pretty easy to deal with but worth noting. I’ve spoken to Lintran about this and they have confirmed other customers who use their cages regularly have reported the same. They didn’t think however that it was as a result of damp dogs getting in and out all day but possibly dogs’ breath causing it.

In a future post once I’ve owned my TransK9 longer I will do a Lintran vs TransK9 blog post which will include a look at durability. Having seen lots of both cages over the years I’ve noticed more examples of tatty looking but still fully functional Lintran cages than I have TransK9 which seem to retain their original appearance longer. This is hardly scientific though and could be as a result of the owners of each product. For instance often the Lintran cages I’ve seen have been in the bag of vans and pick up trucks owned by farmers with working dogs. TransK9 cages I’ve seen in contrast often have been owned by dog people who are showing or judging dogs. As an owner of both brands myself I should be able to clarify this in a future post.

When you purchase a Lintran Dog Box the company will support that purchase with a range of accessories. I had to order a spare bumper protector for example due to a very excitable dog pawing at my original in an effort to get inside the cage (desperate to get to the park). Spare keys can be ordered for locks and they also sell a range of fans to aid cooling though I’ve never found I needed one (no dog has ever been left inside the cage with the air conditioning off for longer than 5 minutes).

Spare mats are also available and I’m sure the company would sell you a spare divider if your cage has this feature. Generally you are well covered.

I’ve never regretted my decision to buy my Lintran dog box. I think they make quality, long lasting products at a fair price. They are by no means the only company making quality dog crates but should be on most people’s shortlist. Ultimately for many people it will come down to which features are most important to them personally and probably price. 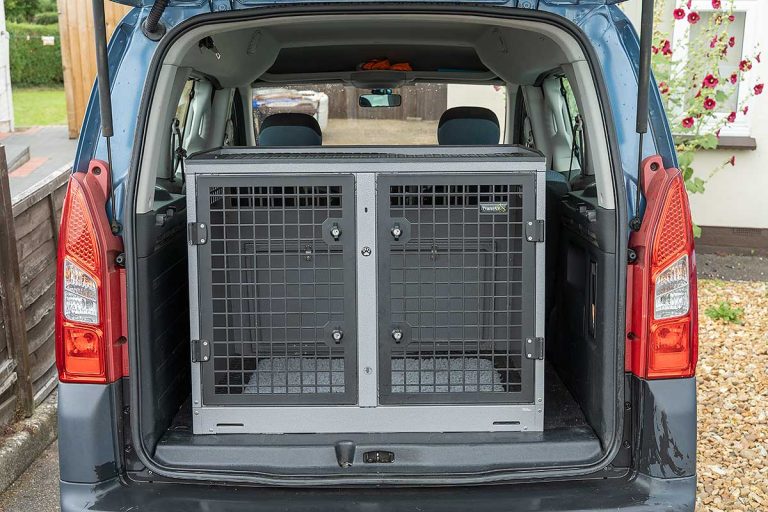 TransK9 Dog Crate – My B4 Cage When I first became a dog walker back in early 2017 I knew I wanted a professional dog cage system. TransK9 dog crates were one of the two companies I was looking at. The other was Lintran. In the end I purchased a custom made Lintran cage. My…